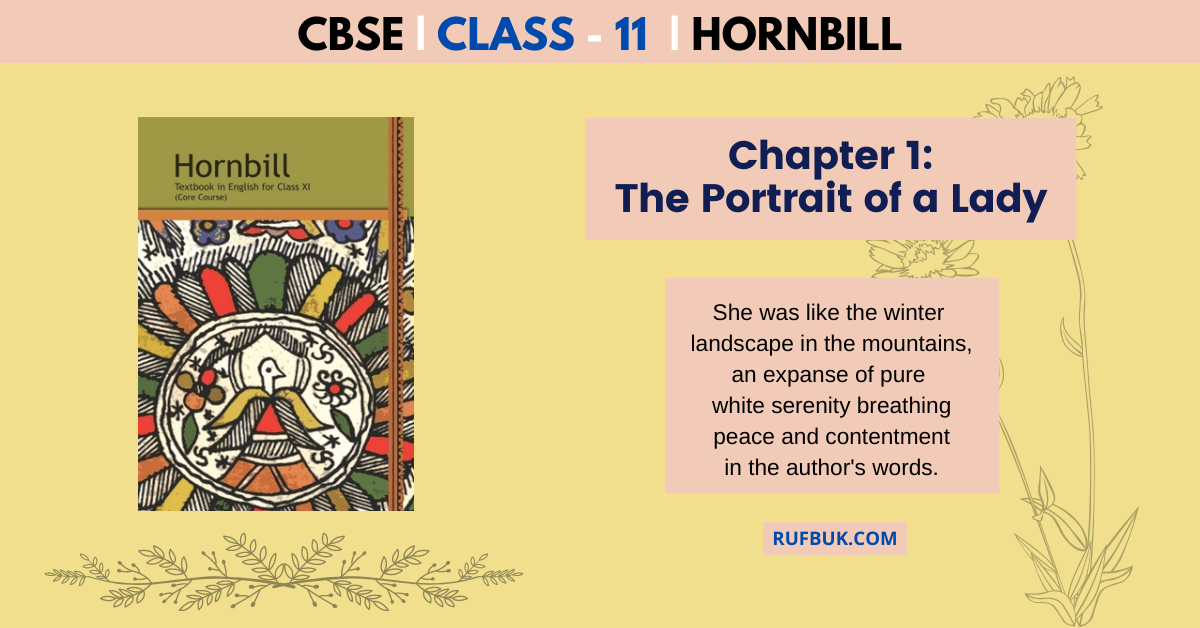 The portrait of a lady is a story about an old lady who is also the grandmother of the author Khushwant Singh. The story portraits the behavior of the lady. The behavior changed by changing the residence. The behavior changed by changing the education of her grandson. Her body adapted to the change, but her mind was still recalling when she was happily reciting in the village with her grandson. The people around her didn’t change; the environment, air, and walls around her changed, which led her to live a life without uttering anything except prayer.

An old lady, she had been old and wrinkled for the twenty years that the author Khushwant Singh had known her. She was her grandmother of the author Khushwant Singh. His grandmother was once young and pretty. Unfortunately, his grandfather passed away early; his portrait hung above the mantelpiece in the drawing-room. In that portrait, he was wearing a big turban and loose-fitting clothes.

Grandmother’s Appearance in The Potrait of a Lady

The old lady was short in height, has a fat appearance, and was slightly bent. Her face was a criss-cross of wrinkles running from everywhere to everywhere. She looked so old that she could no more grow older. She had the same appearance for the last twenty years. She could never have been pretty, but she was always beautiful.

Character sketch of Grandmother in The Portrait of a Lady

She was like the winter landscape in the mountains, an expanse of pure white serenity breathing peace and contentment in the author’s words.

Indeed, she was a beautiful woman. Her face was pale and filled with wrinkles. Her lips constantly move in inaudible prayer. The author and her grandmother were excellent friends. Her voice was so satisfying to hear when she sings the morning prayer. She was a kind and religious lady. She was a very disciplined lady. She never complained about her age; she used to do almost all household work by herself.

She loves to feed the needy. In the village, she used to throw chapattis to the dogs that followed them in the path returning home from the temple. This shows grandmother was a very kind lady. She was also disciplined as she used to wake up his grandchild, make him sing the morning payer, and walk him to the school because the temple was attached to the school.

She was not very fond of modern education. For her, remembering mantras, prayers, and classical songs were the most amusing things. But she never stopped her grandchild to stop his modern education in the city.

When the author Khushwant Singh’s parents were comfortably settled in the city, they called Khushwant Singh and her grandmother. That was a turning point in their friendship. Although they shared the same room, his grandmother no longer goes to school with him. The author used to go to an English school on a motor bus. There were no dogs in the streets, so she started feeding sparrows in the courtyard of his city house.

For some time, grandmother continued to wake him up and get him ready for school. When he came back, she would ask him what the teacher had taught him. He would tell her some English words and little things of western science and learning, the law of gravity, Archimedes principle. This made grandmother unhappy. She could not help her grandson with his lessons anymore. She did not believe in teaching in English schools. She was distressed that there was no teaching about God and the scriptures.

Breaking of The Common Link

When Khushwant Singh got admitted to the university, he was given a room of his own. The common link of friendship was snapped. Her grandmother accepted her seclusion with resignation. She rarely talks to anyone. She recited the prayer from sunrise to sunset in such a low voice that she could only hear, and hands were busy spinning a string.

Only in the afternoon, she relaxed for some time to feed the sparrows. She used to break the bread into small bits and spread them into her veranda. Some sparrows even sat on her head, but she never shooed them away. It used to be the happiest half-hour of the day for her. Nothing excites her more than feeding sparrows. She was really kind towards the needy.

When Khushwant Singh decides to go abroad for further studies, he was sure his grandmother would be upset. But her grandmother was not even sentimental. She came to leave him at the railway station but did not talk or show any emotion. Her lips were moved in prayer; her mind was lost in prayer. Silently, she kissed his forehead, and when he left, she cherished the moist imprint as perhaps the last sign of physical contact between them.

After five years, Khushwant Singh came back home. His grandmother went to the station to receive him. She did not look a day older. She still had no time for words.
Even on the author’s first day of arrival, grandmother’s happiest moments with her sparrows.

In the evening, a grandmother changed her lifelong habit and did not pray. She called the women of her neighborhood, got an old drum, and started to sing. She banged the drum for several hours and sang the homecoming for warriors.

The next morning, she was taken ill. It was a mild fever, the doctor told not to worry, but grandmother took it another way. She said that her end was near. She said that since only a few hours before the loss of the last chapter of her life, she omitted to pray, she was not going to waste her time talking to anyone.

In few more hours, her lips stopped moving. A mild pallor spread on her face, and now she was no more. The author and his parents lifted her off the bed, laid her on the ground, and covered her with a red shroud.

In the evening, when the author went to her grandmother’s room, he saw all over the veranda, and in her room right up o where she lay dead and stiff wrapped in the red shroud, thousands of sparrows sat scattered on the floor. There was no chirping. The author’s mother fetched some bread for them. She broke it into little crumbs, the way his grandmother used to, and threw it to them; the sparrows took no notice of the bread. When they carried grandmother’s copes off, the sparrows flew away quietly.

The sparrows not only come to eat the bread, but they come because of the love and affection that grandmother had toward them. It does not matter human or an animal or a bird; the pain of losing someone is the same for all.