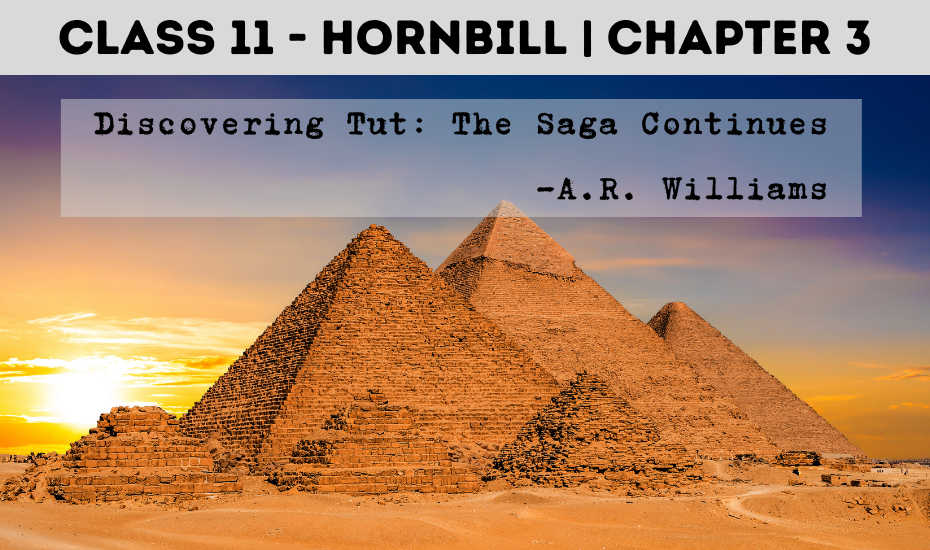 Tut was an Egyptian king. His full name was King Tutankhaten which he later changed into Tutankhamun. The story “Discovering Tut: The Saga Continues” is all about exploring King Tut’s mummy and discovering why King Tut died and when he died.

Exploring and undergoing a series of research scientists unfold the mystery of King Tut’s death. And hence, the name can be related to “Discovering Tut: The Saga Continues”.

Also Read: The Portrait of a Lady by Khushwant Singh

Who was King Tut?

Who discovered King Tut and Why?

In the year 1922, Howard Carter took an aspiration to find King Tut’s mummy and research over it to discover the mysteries it was hiding.

“Howard Carter was the person who discovered King Tut in the year 1922.”

Howard Carter was a British archaeologist and was very passionate about his work. King Tut’s story seemed very fascinating to him and so he took initiation to find King Tut’s mummy and study it to find the real story about King Tut, like How King Tut died? How young he was when he died?’

After completing their research on King Tut’s mummy they responsibly put his mummy inside the tomb and sealed it again. The scientists were happy because nothing went wrong. It was a hard job but it ended up pretty well.