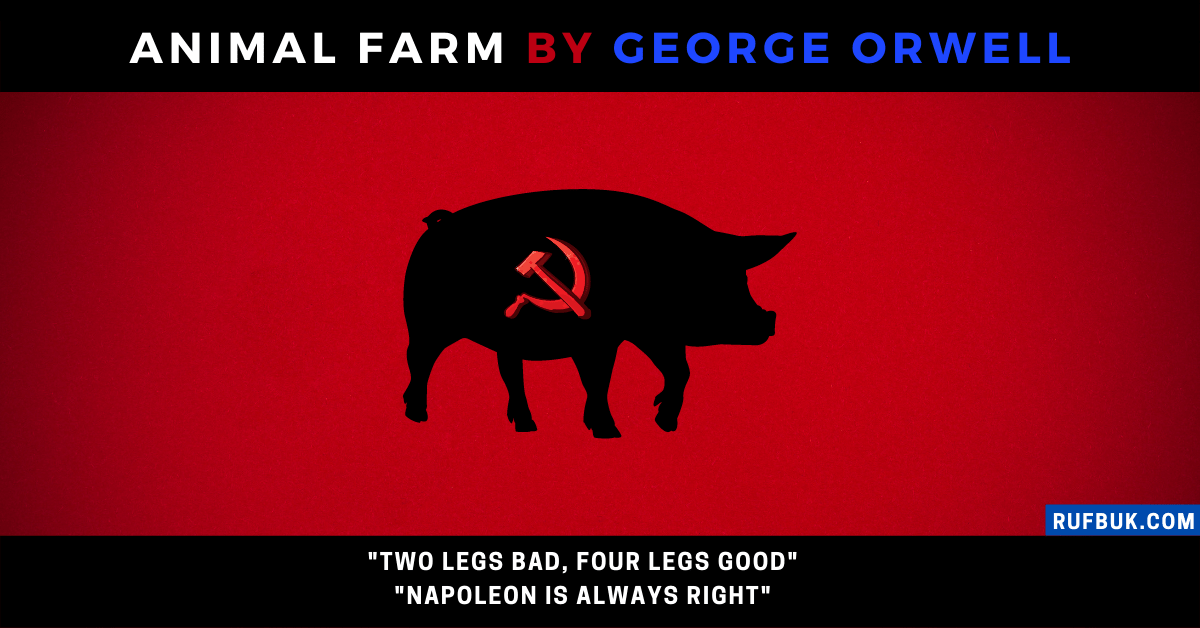 Animal Farm is written by George Orwell in the year 1945. This book portrays Russian Revolution in a very gripping way. Every chapter comes with its own plot twist. This book intriguingly depicts the rise of Communism. The end was achieved, the reward they were fighting for was gained, but the path that was taken was justified? Were animals happy after their triumph?

Note: Before reading this summary or if you are planning to read the book, forget about the Russian Revolution and take this book as fiction and enjoy reading.

Animal Farm consists of ten chapters. Every chapter unfolds a new mystery and a new twist that will keep the reader engaged.

One of the most interesting things in George Orwell’s writing is he writes to the point. The book is not stretched nor skipped. A perfectly balanced book that will not fatigue you throughout.

Summary of Animal Farm (All Chapters)

Few Spoilers might be there, but the climax is not revealed in this summary.

As the name suggests, Animal Farm is a story about a group of animals where the main protagonist is a pig who is also the most intelligent animal among all. In the first chapter of the book, all animals on the farm are introduced. Some of the main characters are:

Mr. Jones delivered a great speech that boosted the morale of each and every animal and all agreed to revolt against the humans. Few slogans were made, and a song named “Beast of England” threw the animals into the wildest excitement.

Three days later the old major died, and two successor pigs took in charge; Napoleon and Snowball. After defeating humans in the war at the farm, animals made 7 commandments.

Seven commandments in the book Animal farm were:

But were the commandments the same till the end of the story? To know the answer, you must read the book Animal Farm.

“I will work harder.”
and
“Napoleon is always right.”

Benjamin, the donkey always shows no excitement ever and always used to say, ‘Donkeys live long.’ Benjamin was very close to Boxer.

A few days later something tragic took place and after that, the scenario took around. Something was going wrong in Animal Farm. Something that was planned from the starting has now been executed. The commandments are being tempered, and many more.

At last, there was nothing there now. Except for a single commandment that says,

And soon the name of “Animal Farm” was changed to “The Manor Farm”.

Read the book to know what wrong happened to the animals. Are Napoleon and Snowball alive till the story or not?